Prev
All News
Next 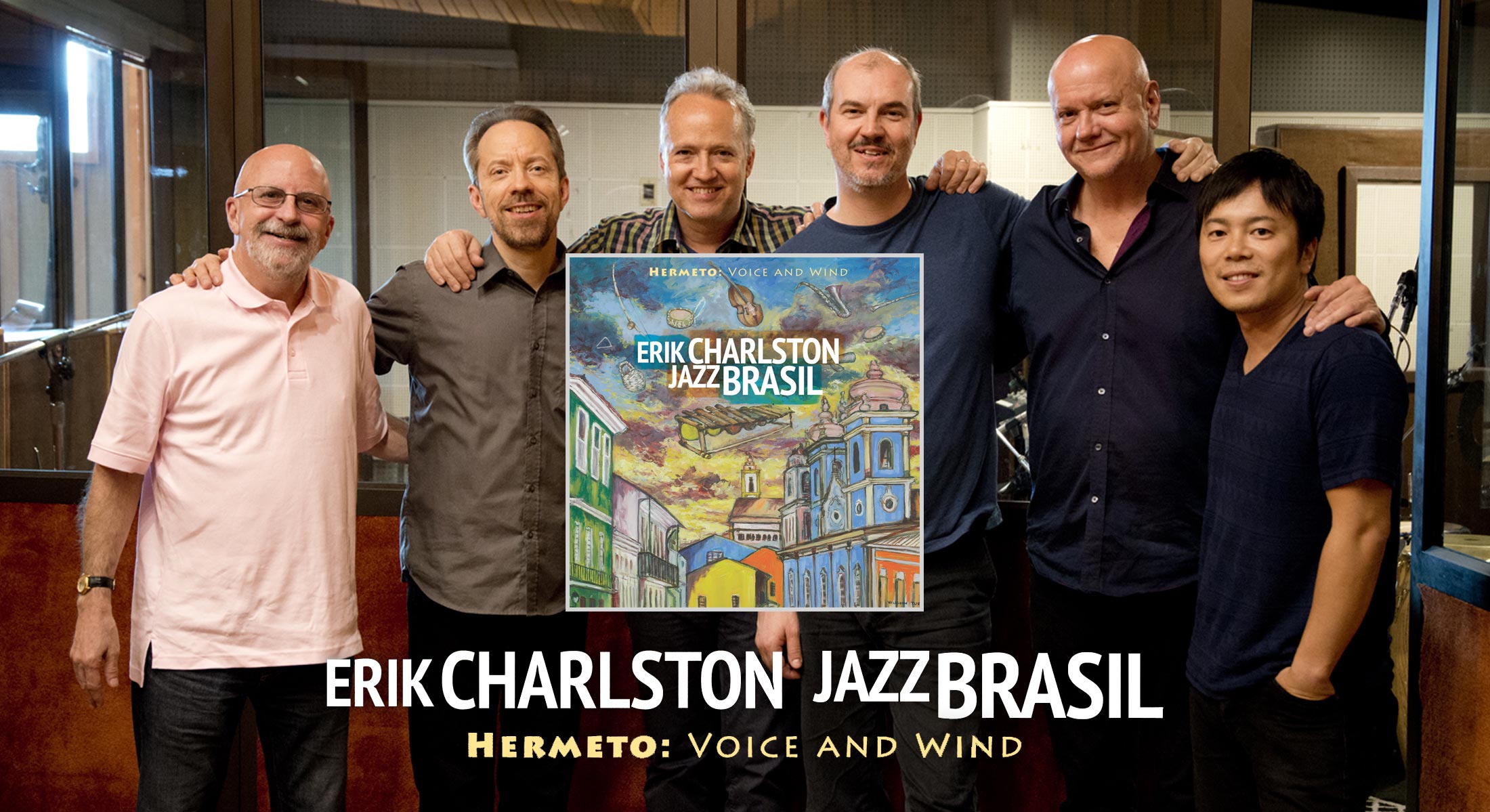 That mélange of early sounds also propelled him toward challenging music without boundaries. His quest for mind-bending music led him to one of the most celebrated musical geniuses and idiosyncratic minds of the past fifty years, the Brazilian composer/performer Hermeto Pascoal.  The influence of Pascoal and his musical catalog led Charlston to create his JazzBrasil ensemble and to record his new album, Hermeto: Voice and Wind.

“This is a brilliant album. Charlston is a humble leader, and when he steps into the spotlight, as he does on an 82 second vibraphone solo on Viva, it’s for good reason. This album serves as a symbol of the collaborative spirit, wondrously illustrating the fireworks that can happen when a leader finds the right material and the right musicians to help execute his vision.” DOWNBEAT: EDITOR’S PICK for Essentially Hermeto

“Erik is beautiful and all over the place – the Symphony, Pascoal, Hermann and he even sings! Full of surprises as MUSIC should be. He lifts it up.  Thanks Erik!”   – BILL FRISELL(on Essentially Hermeto)

Pascoal’s “Fatima” is named for his oldest daughter.  Charlston dramatically rearranged the piece so that it begins with a chromatic whirlwind that switches to a more traditional choro, highlighting the clarinet of Nash. The joyful “Alegria do Vaqueiro” is a traditional cowboy song from Brazil that celebrates the sound and movement of the herds across the plains, the ensemble making it into a percussion led highlight. The gorgeous melody of “Nem Um Talvez” was first heard on Miles Davis’s Live/Evil and is performed here by Nash’s flute supported by marimba and bass.

“The music Erik Charlston interprets on Essentially Hermeto is simultaneously among the most joyous and difficult I know. That he and his American and Brazilian colleagues meet the challenge so impressively, with deep understanding and unchecked personality, is a sign of the music’s universality and the Charlston sextets’ eloquent authority.”  – Bob Blumenthal, Grammy Award Winning Journalist

“This is an album of songs resplendent in the feelings of unbridled alegria. There is also the ache of longing, of saudade. The music on Charlston’s album goes there as well. No praise is high enough for the production values of this album. It captures the instruments and all their nuanced details with crisp and bright sound. And of course the musicians are all at the top of their game. Vibraphonist and marimba artist, Erik Charlston, fortuitously captured the resident and hovering spirits in the splendid Essentially Hermeto…when this group stretches itself, there aren’t many other groups that can touch it.” –  ALL ABOUT JAZZ

“From the opening bouncy baiao to the closing samba, this session oozes authenticity. Introduced by Café’s solo on the berimbau, a one-string, bow-like Brazilian instrument, finds the leader stretching out on marimba over a mesmerizing modal groove. Together they provide the spark that ignites this effervescent, soulful project.” – JAZZTIMES

“Artists playing music they may not have grown up with are typically held to a higher standard of “authenticity” than those who actually grew up in the culture. Even by that lofty and doubtlessly unfair standard, vibraphonist Erik Charlston’s JazzBrasil delivered last night at Jazz at Lincoln Center. Charlston’s passion for Brazilian music obviously runs deep.  He even sang a bouncy frevo number in a surprisingly powerful baritone, in what sounded like pretty perfect Portuguese.” – NEW YORK MUSIC DAILY 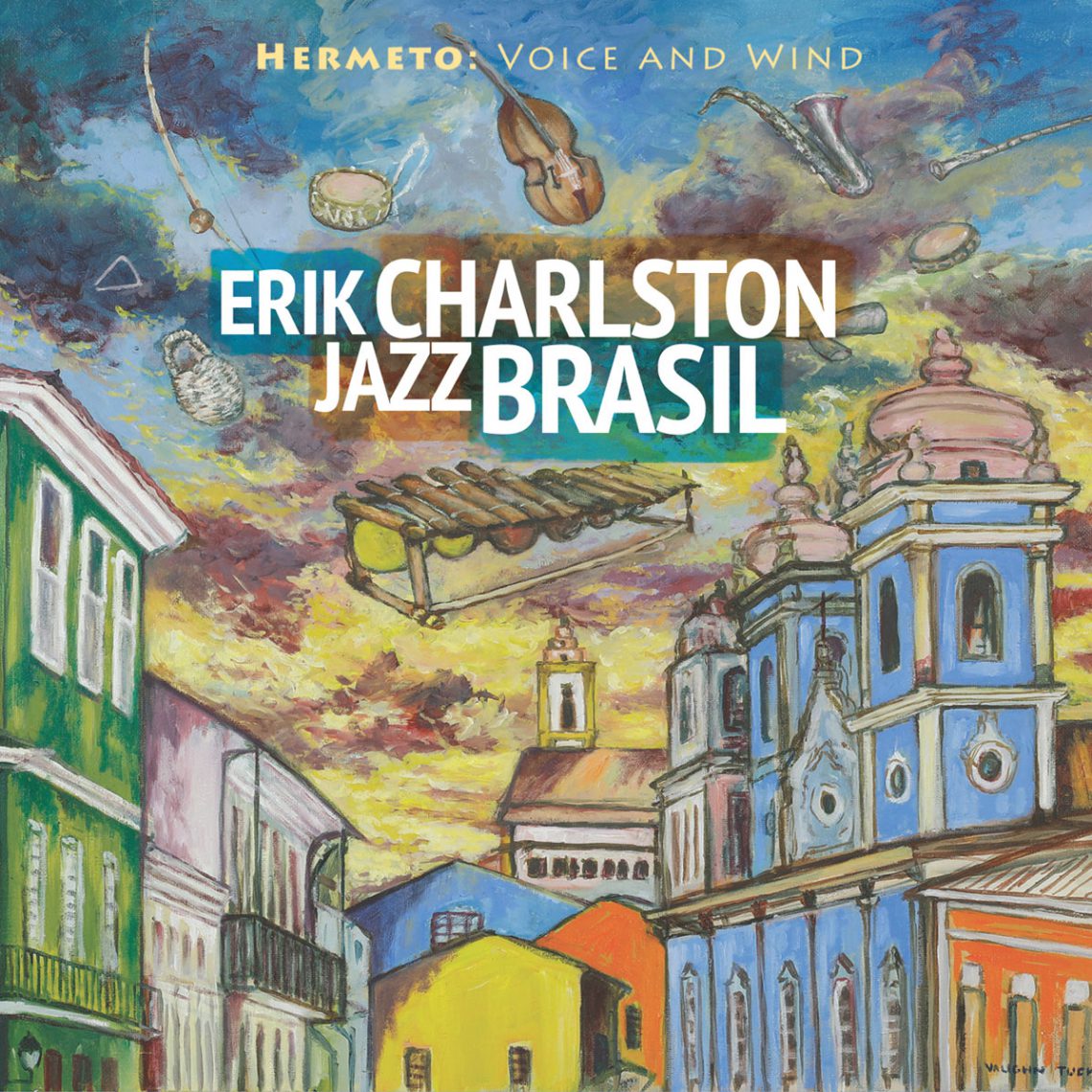 The new album, out now!